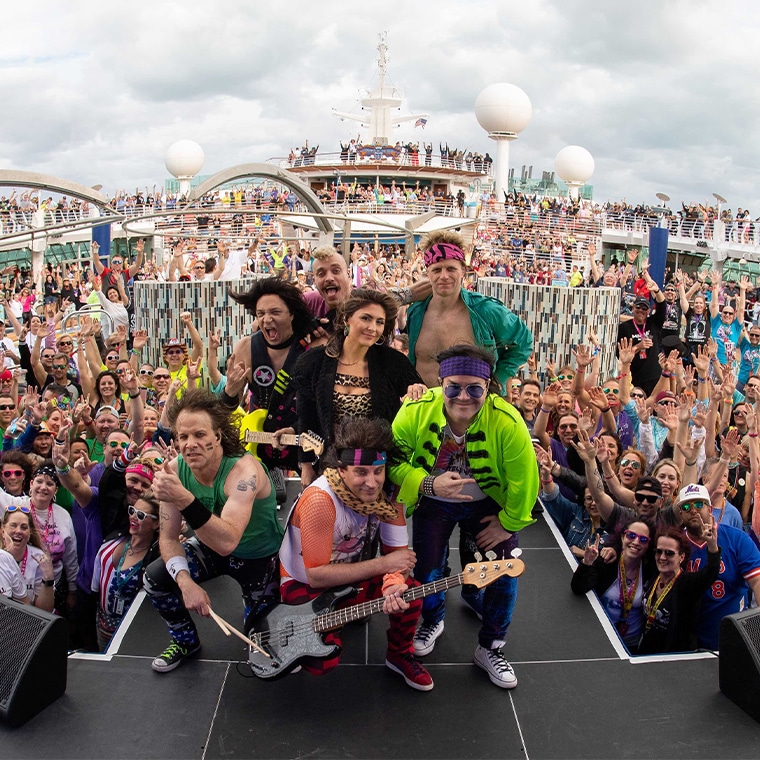 The storm had already begun before we set out on the rocky seas for the 80’s Cruise 2020. With just five days until nearly two thousand people would take the Explorer of the Seas, COVID-19 had stretched its attacking arms into Europe. Our first cancelled artist, Dire Straits Legacy, was knocked out of our lineup due to a recent performance in Rome. Following even more cancellations we found ourselves in a whirlwind of agent calls, deals, passports, and plans; accomplishing in two days what would normally take several months to produce. Fortunately our friends Kool & The Gang and Taylor Dayne stepped in and we were ready for the show to go on.

We stepped aboard that Sunday with our temperatures checked and new artists ready. Our first night kicked off with a New Year’s 1980s-style countdown to announce the lineup for the 2021 cruise, a moment we work all year to watch.  There’s no greater gratification for what we do than to watch a live crowd react as each name is revealed. With legendary 80s acts including The Human League, 38 Special and Belinda Carlisle, the response was electrifying.  At midnight the balloons fell on the fans buzzing with excitement.

As news of the virus spread rapidly, we crowded into a small communication room with a working phone line to receive –  through broken reception – the sympathies of Bret Michael’s team. Medical concerns would keep him from boarding the next day. Then the B-52’s and Midnight Star both cancelled, citing their apprehension to travel with COVID-19 spreading. 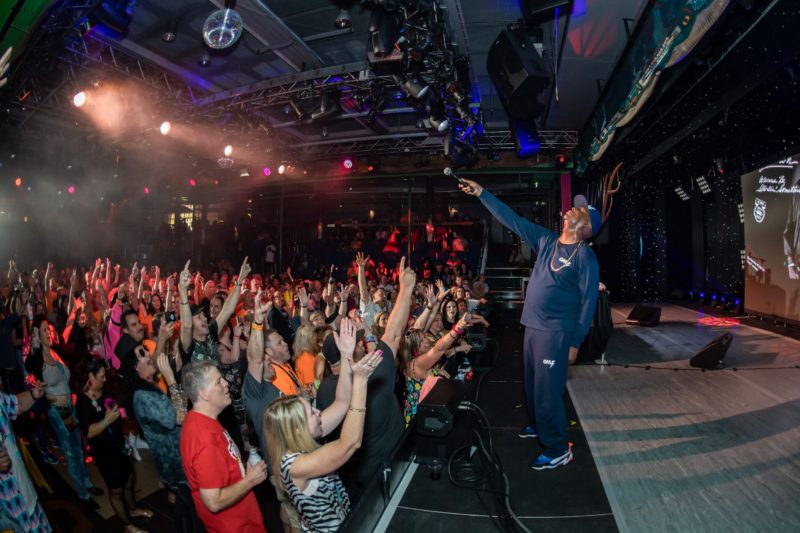 Despite a lot of change, the dedicated fans proceeded to dance the night away. We worked closely with our partners at Entertainment Cruise Productions from owners to production staff on schedules, fills, and fixes. Kool & The Gang generously cancelled their new champagne brand launch in New York to stay on for another two shows and and The Wailers hopped aboard the ship in San Juan bringing us our first rays of sunshine (after three days of bad weather) with reggae rocking a pool-side stage. 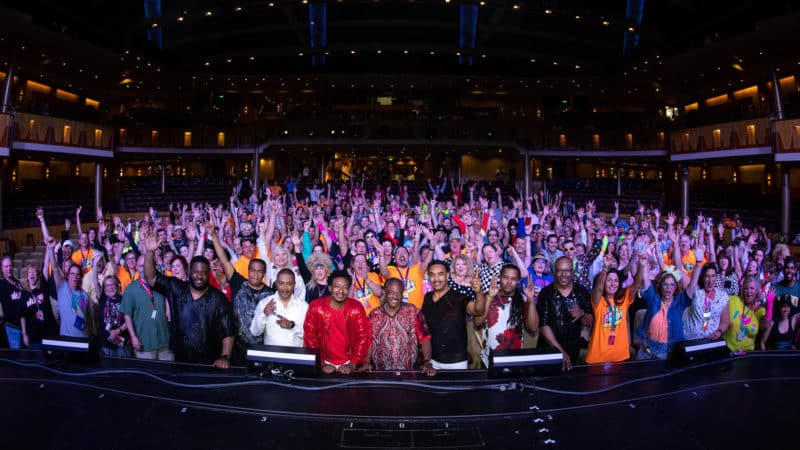 It wasn’t the show we expected, but it did go on. We were proud of the work we pulled off in finding replacements for the last minute cancellations and feel good about the bond we formed with our longtime client. We are already planning our outfits for next year! 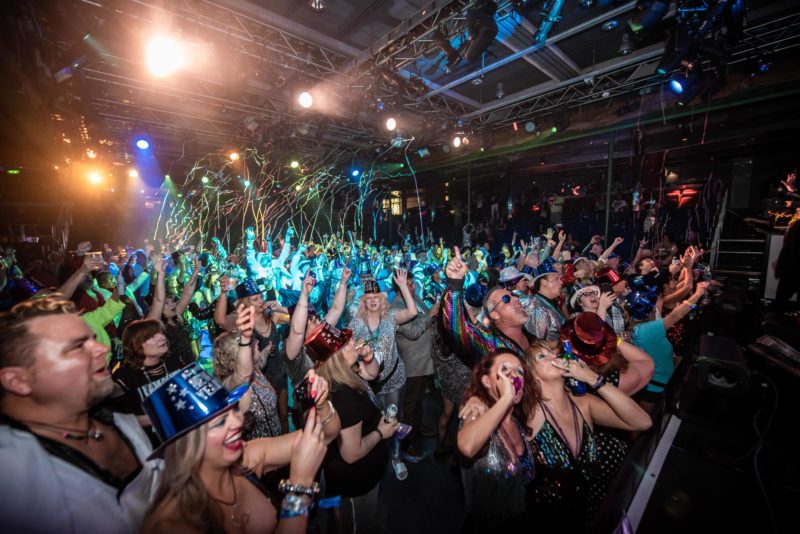 Zoofari 2013, sponsored by Wells Fargo Advisors, was a huge success! As always, the St. Louis Zoo put together an amazing event. We coordinated an…

Watch this video and tell us you’re not as excited as we are about The LustreLights featuring Kara Baldus! We’re beyond proud to represent this incredible group of…

We are excited to add The Schwag to the Contemporary Productions exclusive roster of entertainers. The Schwag is widely recognized as the definitive Grateful Dead…

Ready to Plan Your Event?