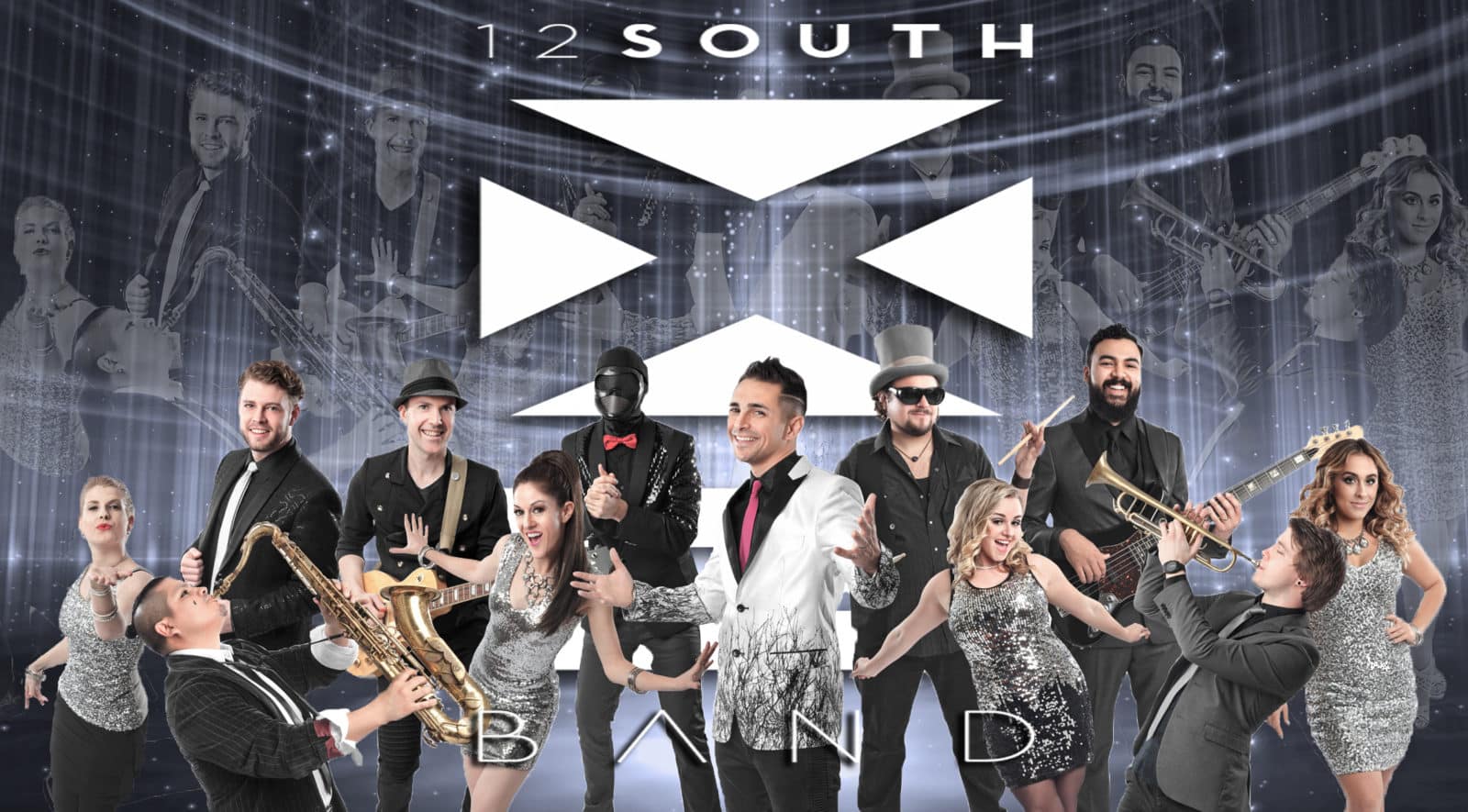 Experience the best in entertainment!

The best wedding, corporate event, dance party band in the united states based out of Nashville! Touring New York City, Chicago, LA, Las Vegas, St. Louis and many more! 12South performs a variety show unlike any other band.

12South players have been featured on reality shows, cruise ships and international tours.

12South is more than just a band… it’s a show! With multiple singers, tons of dancing, outfit changes, props, specialized lighting, and a wireless front line who interact with the audience, 12South Band will make your event unforgettable.

See why the 12South Band is the best corporate and wedding band in Nashville!

Drop whatever you are doing and immediately book this band! It will be hands-down the best money you spend. I had my wedding in Charlotte and we had so much trouble finding a band there that we liked. After we watched (and cringed at) every promo video for every band in the city, my hubby had the genius idea to go farther afield and look for someone in Nashville. I was a little worried about the added travel cost, but it was super reasonable (we ended up paying about the same for what we would have for a Charlotte-based band). They were incredibly easy to work with and were all such wonderful human beings!

And as soon as their performance started – my mind was blown. Their energy level was off the charts and their costume changes and light effects added to our excitement. My photographer even commented that at one point she had trouble taking fun pics of us because we were all just staring open-mouthed watching the band like we were at an epic concert! But don’t worry, the staring quickly turned to dancing and that dancing did not stop. We danced and sang along with the band til 1am with only a short break. They had such a great music range so there was something for everyone. We were shocked that by the end of the night almost everyone, regardless of age, was still there dancing the night away. Thank you guys for an epic night. You’re welcome back in Charlotte anytime!

If you're looking for a phenomenal dance/party band (more like a show), and 12 South Band is within your budget, just stop. Stop right now. BOOK THEM ASAP! We have bands come here all the time and there has never been one this good. Everyone here was absolutely stunned and was on the dance floor from beginning to end. And get this... In 3 hours time they NEVER took a break. Unbelievable! They will be back, that's for sure!

The good news is, if you are reading this review, you don't have to search for any other bands, because you have found the one you NEED for your wedding. The ONLY thing people are still talking about is our wedding band. 12 south band is absolutely, hands down, the BEST wedding band we (and all of our guests) have ever experienced. They were great to work with before the wedding and put on the MOST AMAZING show during. They asked us if it was ok to take a longer break before the dancing started, so they could play uninterrupted during our reception - they literally took no breaks!! They played only the best parts of each song, had 6-7 costume changes, and really got the room going. It was more like a dance concert than a wedding! Seriously, please look no further, this band is a must. You will not regret it. My husband and I are actively trying to find ways to throw another party just to have these guys play for us again!