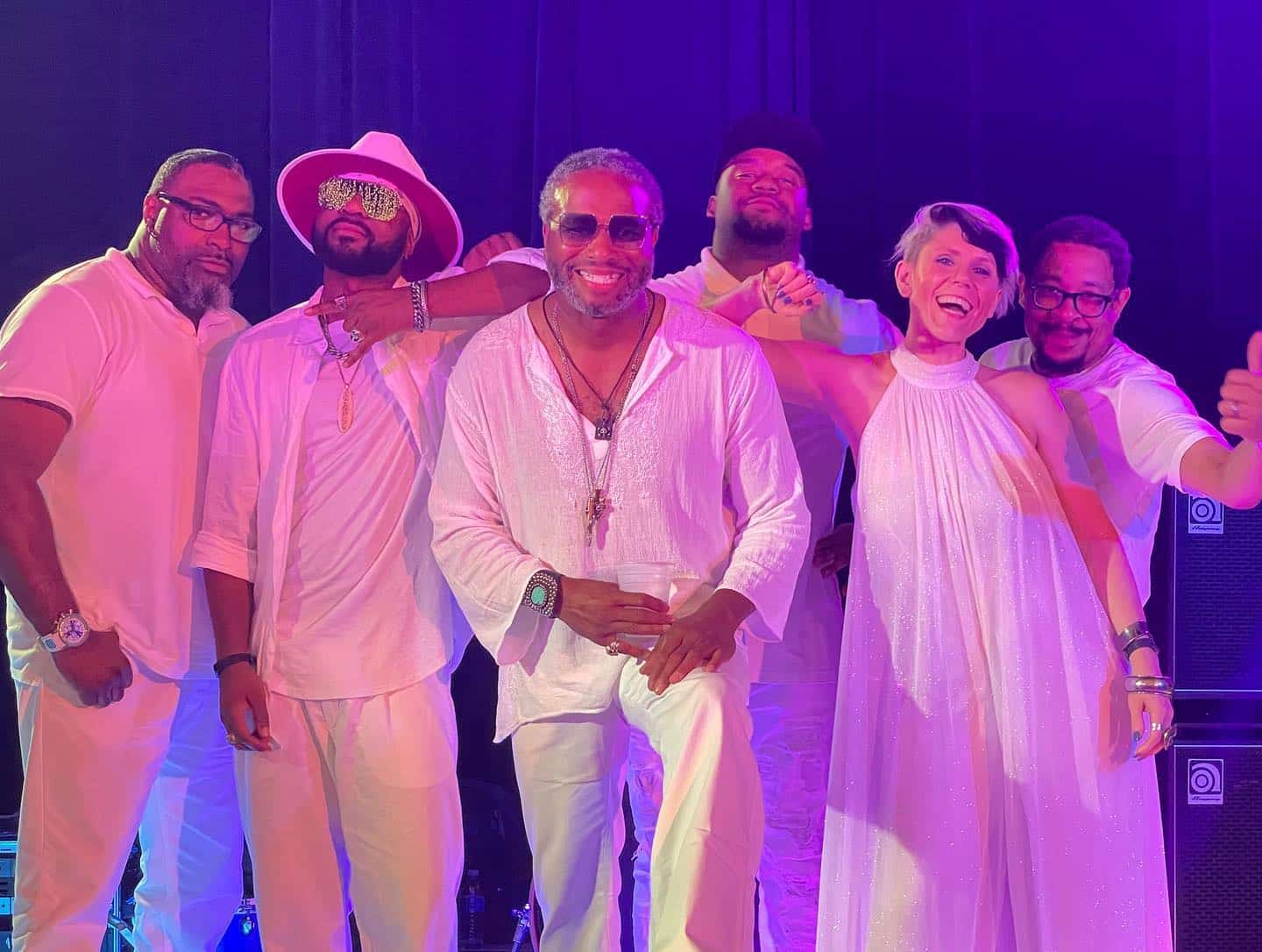 Dirty Muggs is St. Louis’ high energy choreographic machine and the creative act formed by a talented group of entertainers who have World Class and Hall of Fame experience.

Lead Guitarist and band founder, Dee Dee James of St. Louis, MO began his professional career with a group of childhood friends that ultimately landed a deal with Capitol Records. The group had Top 40 Hits under the name Da’Krash and Kool Skool and was produced by legendary songwriter, Jesse Johnson, of “The Time”. After the group split, Dee Dee took his guitar chops on the road including tours with Rock and Roll Hall of Famers Bootsy Collins, George Clinton, Color Me Bad and Paula Abdul. Years of combined experience on stage both touring and with St. Louis’ popular cover bands inspired the creation of the Dirty Muggs. The core unit of Dirty Muggs consists of Lead vocalist Nikko Smith (of American Idol), Lead vocalist Cassandra Llea, Bass/Keyboardist/ Background vocalist KD Dobbins, Jordan Brewer Bass/Synth Bass , and Drummer Kevin Williams. The remaining cast of Dirty Muggs always brings star power that is sure to capture the hearts of new fans wherever they play.

The remaining cast of Dirty Muggs brings star power that is sure to capture the hearts of new fans wherever they play. The choreography included with each show takes one back to the real music era that featured the likes of the Jackson 5 and Earth Wind & Fire. Having played in casinos and Four Star Hotels along with a variety of private events in St. Louis, Chicago, Atlanta, Miami and Los Angeles, Dirty Muggs has something for everyone. The next step for you is to become part of the masses that have been found getting dirty with Dirty Muggs- and experience that just can’t be washed away in one night!

Having played in casinos, Four Star Hotel/Resorts along with a variety of private events and Festivals in St. Louis, Chicago, Atlanta, Miami and Los Angeles, Dirty Muggs has something for everyone! Dirty Muggs is known for their high energy/choreographed shows that bring the ultimate entertainment experience.

Lead Guitars & Founder of The DirtyMuggs