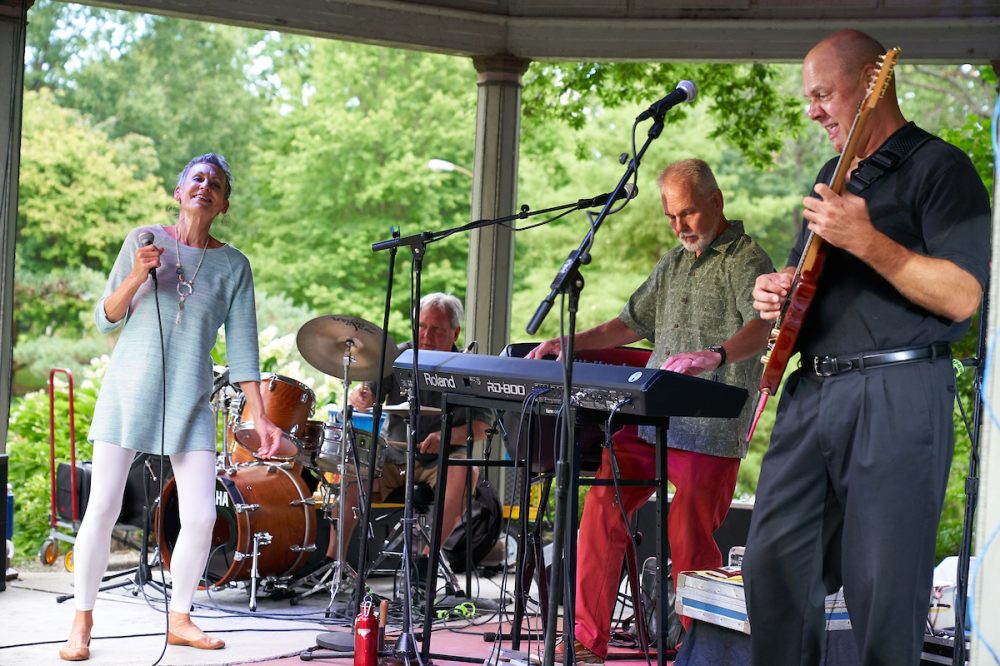 Fanfare plays a variety of styles of music with a great deal of, well…FANFARE! Fanfare features the lead vocalist Kittie Moller whose vocals will capture and enthrall you. The music they play will take you all over the sound spectrum with music that includes Motown, R&B, Classic Rock, Disco, Pop, Country, Standards & Jazz, Big Band and music of today.

Fanfare has appeared all over St. Louis and the country at many of the top clubs, hotels, conventions, fairs, festivals and concerts. Some of their past engagements include playing before all of the St. Louis Rams home games at the Dome. A USO tour to Africa, conventions for General Motors in Austin TX(2014) Las Vegas, San Diego, and the Mar-a-Lago Trump Mansion in West Palm Beach, FL. Concerts at the Missouri Botanical Gardens, Fair St. Louis, St. Louis Arts Festival in Clayton, MO to name a few. They have opened for named acts, appeared on St. Louis’ own KMOX radio and KSDK News, KMOV News and Fox 2 News television shows in 2013. Fanfare has been featured in the St. Louis Post-Dispatch Arts and Entertainment section.

Kittie and Fanfare will continue to be featured on the main stages at fairs, festivals, conventions, special events, night clubs, receptions, and children’s educational concerts.

Fanfareband performed on a delightful April evening in the outdoor pavilion at Belmont Vineyard in Leasburg Missouri. Dining at sunset, the group performed a wonderfull melange of musical genres, and was very well-received by all in attendance, with much singing- along and dancing. Earlier in the day, they played at the high school theatre to an enthusiastic crowd of students. The Sullivan Area Arts Council was thrilled with their performance and highly recommends them to others. Thanks again.

We were thrilled to have Fanfare play! We heard wonderful comments from many guests who agree “DJ” is a bad word.

The Greater Belleville Chamber of Commerce was treated to the wonderful sounds of Fanfare at its 32nd Annual Chili Cook-off on the square in downtown Belleville. What a great band to start the weekend event as the energy level of the group along with its terrific selection of music made for a wonderful afternoon.