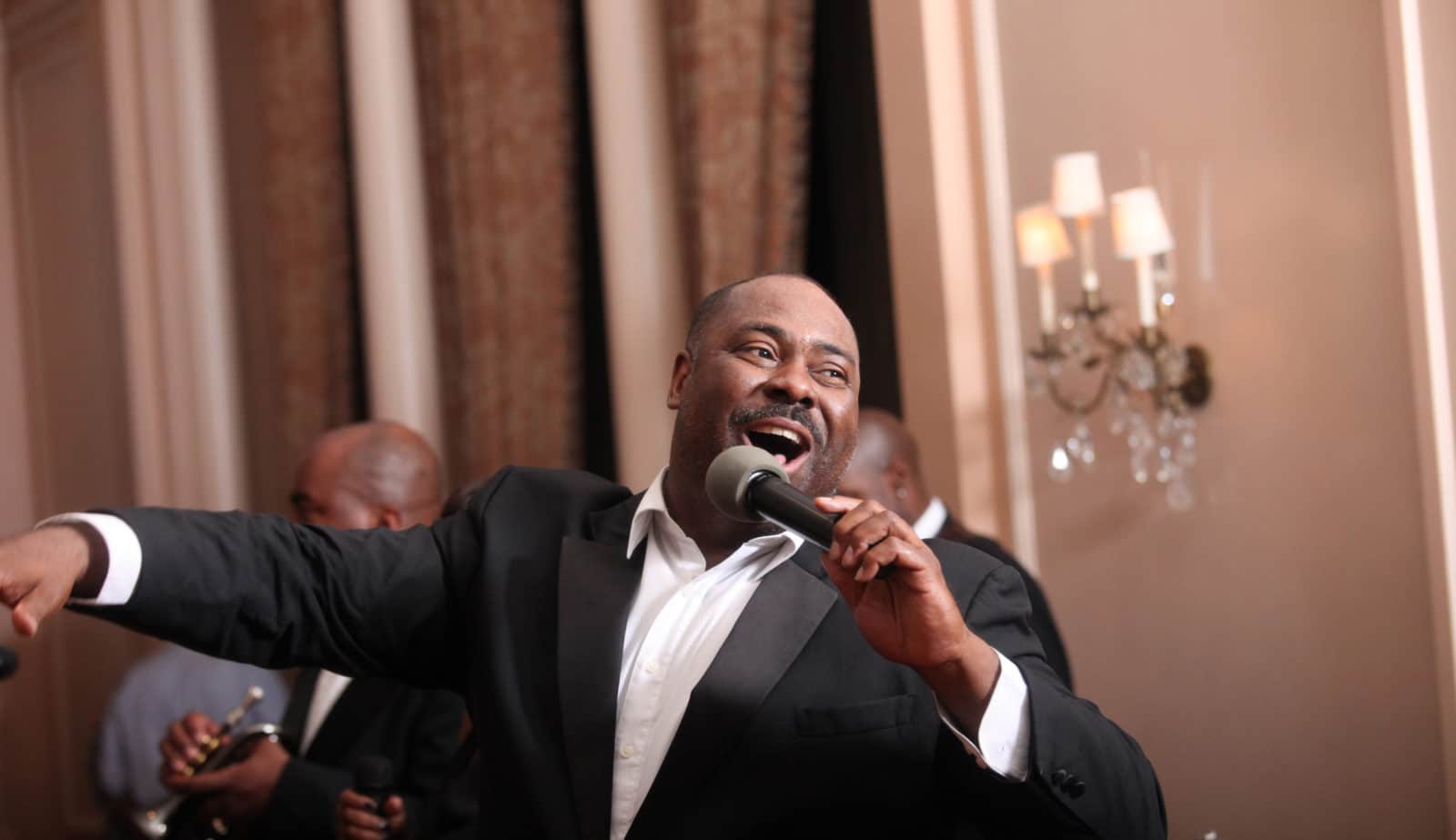 J-Rob is the name adopted by a collection of extremely talented musicians and singers, with an emphasis on +1 customer service, led by veteran vocalist Jesse Robinson.

Jesse has performed professionally since the age of 14. He made his national debut in the mid-1980’s with the R&B quartet “Transit Authority” and their Top 40 hit, “You Make My Life So Right”. Jesse and “Transit Authority” were the hit of the “Jack the Rapper” convention in Atlanta that year and garnered an invitation to the nationally syndicated TV show, “Soul Train”.

Jesse Robinson has been the featured performer in opening acts for such performers as: The Bacon Brothers, Mary Wilson, The Righteous Brothers, Michael McDonald, Shena Easton, Smokey Robinson and D.L. Hughley.

The J-Rob song list goes from jazz and blues standards, such as, “The Girl from Ipanema” and “Our Love Is Here to Stay” to the Frank Sinatra songbook featuring, “Just the Way You Look Tonight” and “My Way”. J-Rob has a large Big Band and Swing repertoire. A crowd favorite is Jesse’s rendition of the 1961 Etta James hit, “At Last”.

J-Rob then moves down the musical time line to the “Motown” era of The Temptations, The Four Tops, The Supremes, Smokey Robinson and, Marvin Gaye. The “Disco” era is alive with, “I Will Survive” and “Disco Inferno”, to name a couple of favorites. Pop, Funk, and R&B round out a song list of over 100 selections. Included are the contemporary ballads of Luther Vandross.