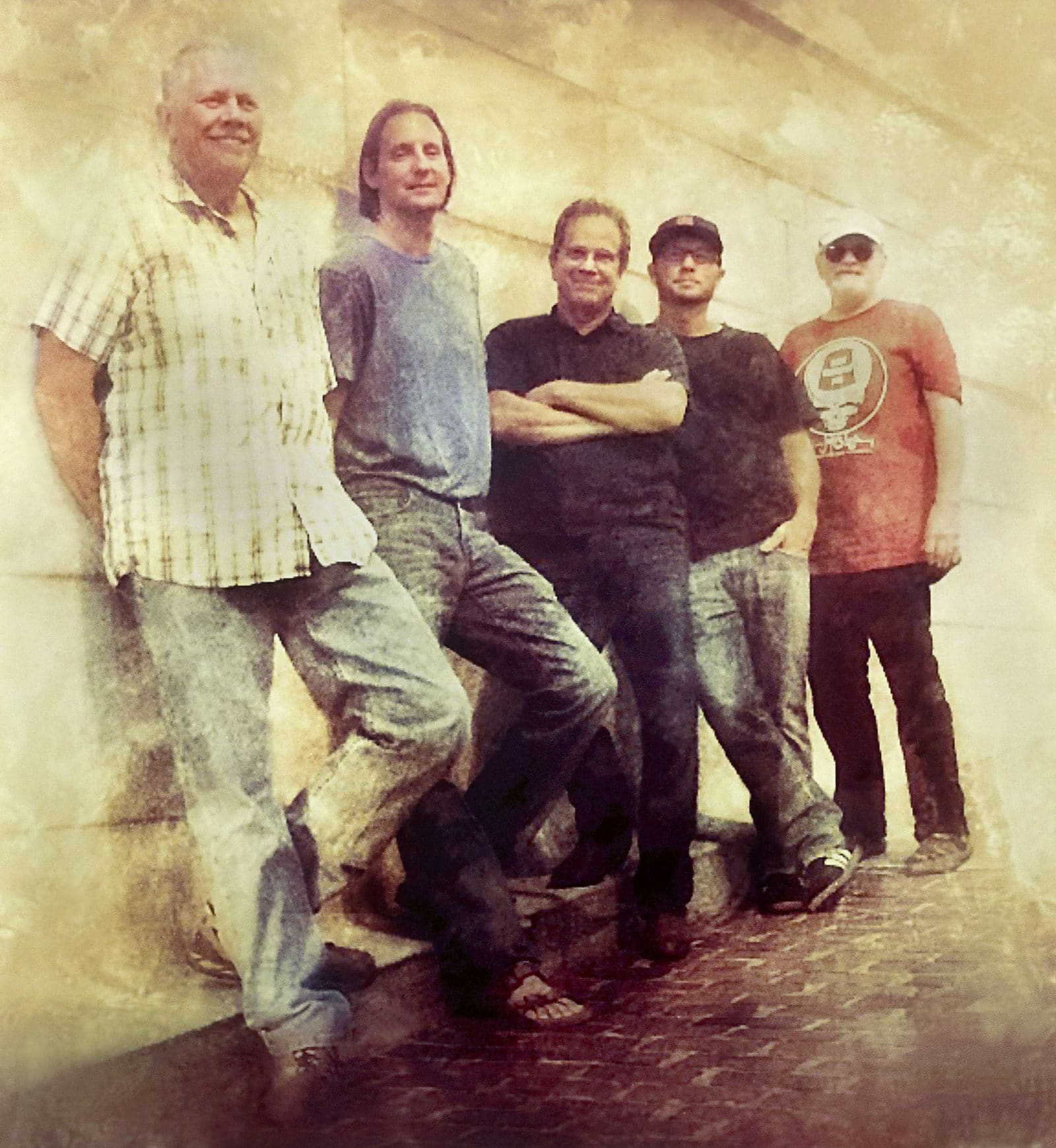 Deadheads in St. Louis know Jake’s Leg.  The band has been providing music for the scene for over 42 years, playing thousands of shows to generations of like-minded fans who just wanna keep on dancin’.

Started as a duo by guitarists and vocalists Randy Furrer and Tim Fahy in the mid-1970s, lead guitarist Dave Casper soon joined the fold. Players were added and the music grew, friends came and went.  Bassist Joe Trunko came on board in 1990, followed in 1991 by keyboardist Bill Noltkamper, completing the core four that have been playing and singing together for the past 26 years. Ryan Wilhite, after a short stint as percussionist, took over the drum kit in 2005.  The sum of this is one of the longest-lasting bands in the country that plays a whole lot of your favorite songs and you’ll find them playing in and around St. Louis.

It’s not The Grateful Dead and it’s not supposed to be.  While they draw mainly on the repertoire of America’s favorite psychedelic blues-rock jug band, Jake’s Leg naturally bring their own sensibilities to each part.  The introspective singer-songwriter, the jazz stylings of an improvising soloist, rock-solid dance grooves, mind-bending jams:  all are in play at their shows. The music can take you anywhere you want to go.  And with their long-term unity and very capable musicianship, Jake’s Leg makes it a great-sounding trip.

If you’re a fan of the songs of The Grateful Dead, do yourself a favor and see Jake’s Leg.  Your friends are there and the music never stops.