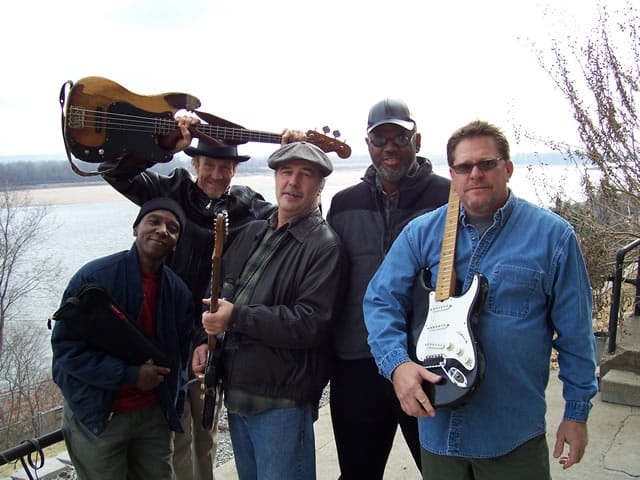 After 25 years and many incarnations, the Soulard Blues Band – arguably the hardest working band in town – still tears up the town one show at a time.

It is not every band you run across that has a mission beyond just steady giggin’, but then again, as one of the longest-lasting acts around – and with nine straight wins in the “Best Blues Band” category in a popular local poll – the Soulard Blues Band is not just any band.

As bassist and sole remaining founder Art Dwyer will tell you, “Our mission always is just to leave things around a little better than we found ’em.” That ethic applies equally to song arrangements, the mood of the audience and the entire musical scene in this city that birthed such towering talents as Miles Davis, Johnny Johnson, Henry Townsend, Oliver Sain and many more.

This town has always been alive with world-class players in neighborhoods all over the city,” Dwyer says, and the rest of his band’s roster bears him out. Guitarist Tom Maloney, guitarist Bob “Bumblebee” Kamoske, trombonist John “Wolfman” Wolf and drummer Leroy Wilson create music from both originals and standarts that manages to let each player shine without sacrificing the song to overblown solos. Indeed, that’s one of the goals in group’s frequent rehearsals, says Dwyer:”We are in the business of supporting each other in playing, to play in unison with each other.” And in so doing, blending seamlessly into the fabric of a city with a deep history in the blues.”