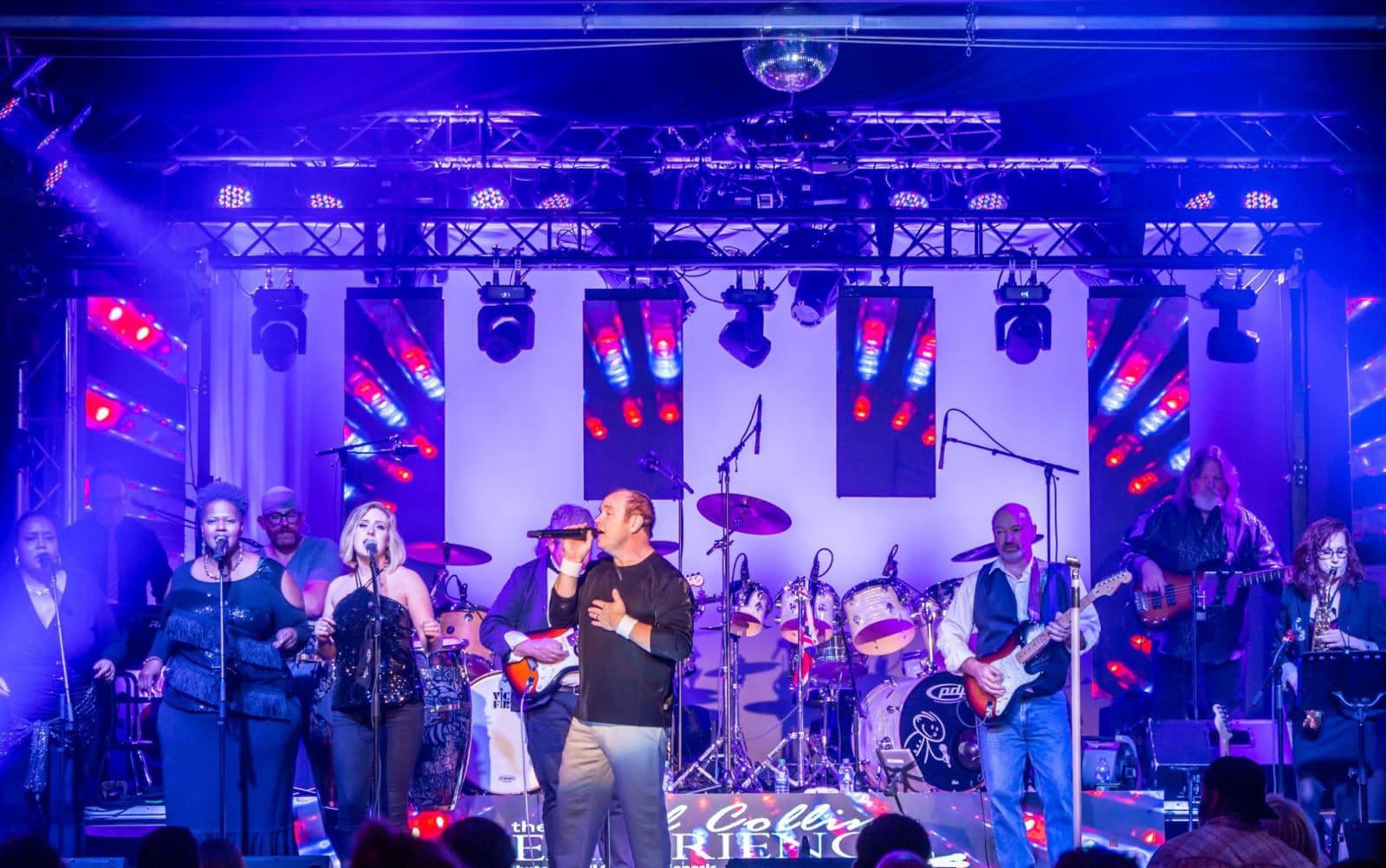 NOT JUST ANOTHER TRIBUTE BAND

The Phil Collins Experience is an epic show that is a brilliant recreation of Phil Collins in his prime, performing all the greatest hits from his award winning career as a solo artist and with the band GENESIS.

Phil Collins’s discography includes eight studio albums that have sold 33.5 million certified units in the US and an estimated 150 million worldwide, making him one of the world’s best-selling artists. He is one of only three recording artists, along with Paul McCartney and Michael Jackson, who have sold over 100 million records worldwide both as solo artists and separately as principal members of a band.

The list of accomplishments goes on and on for this musical legend which is why we have paid attention to every detail and hired the very best performers to pay tribute.

Our British born and raised front man will make you forget that he’s not Phil! Terry Adams Jr brings the look, the sound, the emotion, the energy. The true feel of Phil Collins!

Backed by his world class 12 piece band complete with a sensational horn section and back up singers, Terry Adams Jr happens to be a world class drummer himself that plays his drums left handed just like Phil Collins for the true experience.

Immerse yourself in the world of Phil Collins and Genesis with their greatest hits like: “In The Air Tonight “, “Sussudio”, “Invisible Touch”, “That’s All”, and many many more!

This show is NOT TO BE MISSED