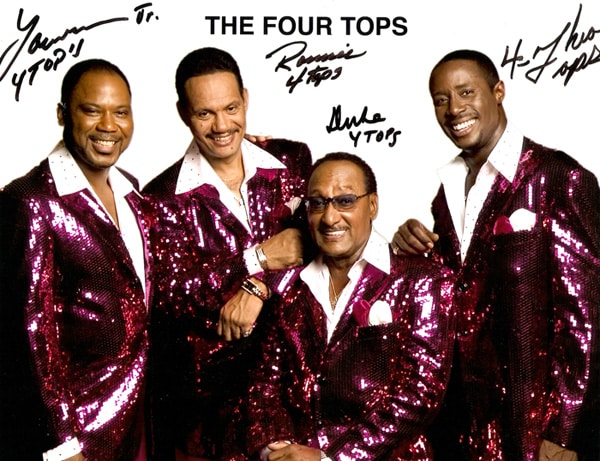 If you’ve ever heard Theo Peoples’ voice, then you are well aware that it wouldn’t be hyperbole to regard him as one of the last great bonafide soul singers with roots firmly planted in the Black gospel tradition. For nearly twenty years, Theo Peoples’ legendary voice has been critical to the legacy of not just one but two of Motown’s greatest vocal groups – The Temptations and the Four Tops. Now a new and long-awaited path emerges for Theo: solo artist.

Theo amicably parted ways the Four Tops just days after ringing in 2011, beginning the new year with a plan to express himself as a solo artist with his own song to sing. In the months following his departure from the group, he went into an artistic hibernation of sorts, hitting the studio to record and rehearse his new show with a group of St. Louis’ finest vocalists and musicians. With a polished new solo show entitled T n’ T (a reference to his status as the only man to perform and record with both the Temptations and the Four Tops), Theo is ready to reconnect with his fans and friends with a repertoire of those celebrated Motown classics he has had the honor of singing as well as his own solo material.

In a sense, Theo’s history as a front man for the Tempts and Tops has uniquely prepared him for this point in his career. His prototypically soulful and muscular vocals often elicit comparisons to soul music’s greatest vocalists including many of the vocalists that he replaced in the Temptations such as David Ruffin, Dennis Edwards, and Ali Woodson.

From the First Baptist Church of Chesterfield to the Royal Albert Hall in England, to the White House….. Theo’s musicianship has gained him entrée into exclusive circles of the musical elite! He has shared the stage and/or studio , holding his own, with legends and greats like Aretha Franklin, Bill Medley (of the Righteous Brothers), and Stevie Wonder just to name a few!

What can fans expect from a live experience with Theo? Loving homage to his Motown roots mixed in with his own flavor on smooth R&B balladry ~the concert ‘THEO’ fans have been waiting for…a spectacle that won’t disappoint…Theo’s show promises to offer a singular live entertainment experience!