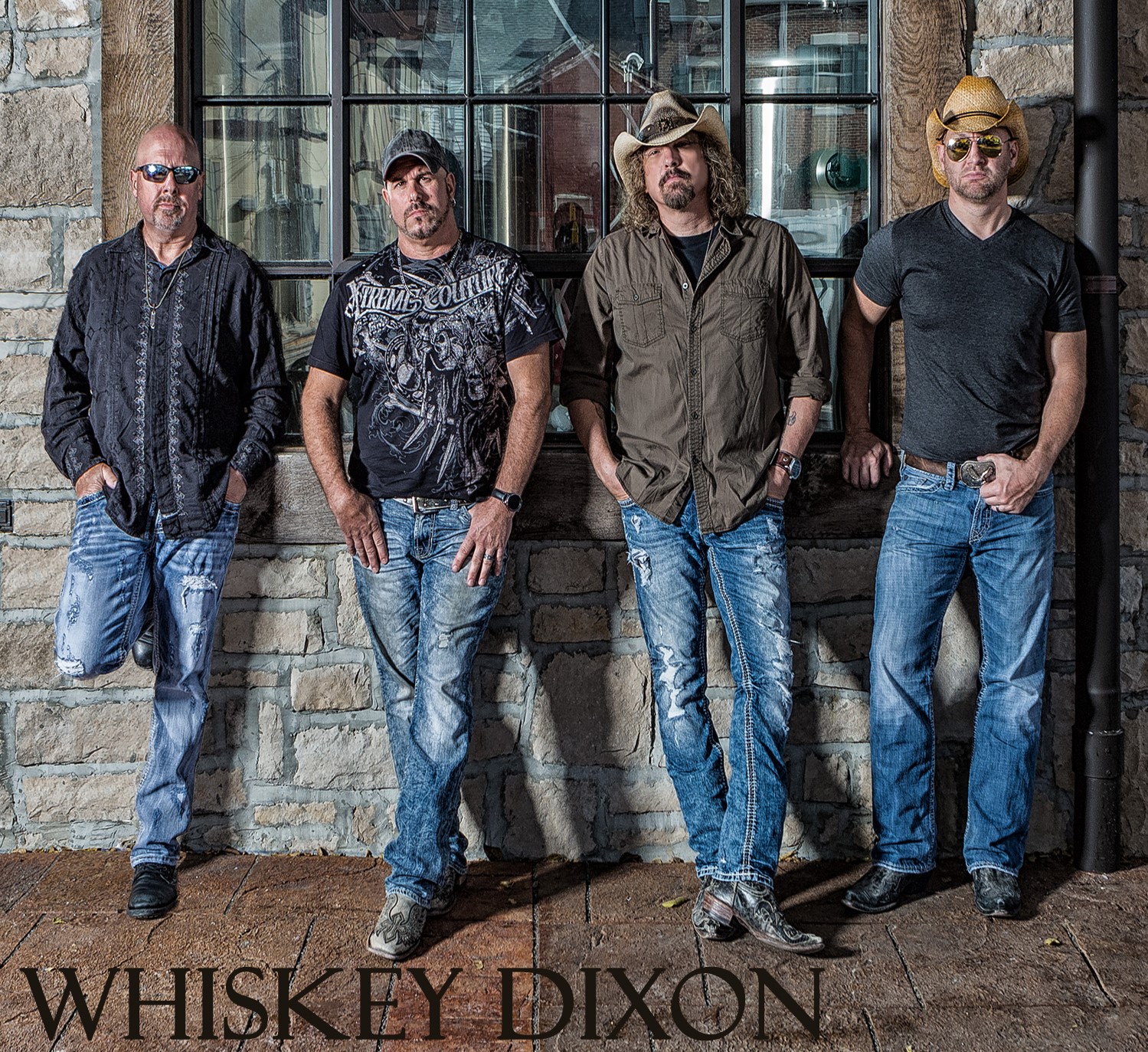 Whiskey Dixon has appeared 8 times on the Annual Clear Channel 93.7 The Bull – Bull Float trip. In past years we have shared the this stage with Chase Rice, Frankie Ballard, Craig Morgan, Brett Aldridge, Gloriana, and Daryl Worly…Other names we have worked with throughout the years including Jason Aldean, Jake Owen, David Nail, Hunter Hayes, Craig Campbell, John Anderson, Chris Cagle, Craig Morgan and many, many more.

Whiskey Dixon is on the cutting edge of promotion and professionalism. Our stage show is high energy and makes use of the best equipment on the market. Our full state of the art PA, and Light Rig with professionally trained sound and lighting engineers are second to none. We can service anything from a small acoustic winery show to the largest venues in the area.

Whiskey Dixon frequents all of the major venues in the STL area including Sybergs, Fast Eddies Bon Air, Silver Creek Saloon, Casino Queen, Fox Sports Midwest Stage at Ballpark Village, St. Louis Blues rallys, Etc. In addition to the St. Louis market, we do quite a bit of traveling as well. Kansas City, Columbia, MO and The Lake Of The Ozarks are home to frequent stops throughout the year. In 2014 we had the pleasure of performing 6 different shows at The Hard Rock Resort and Hotel in Cancun, Mexico as well as shows at the Hard Rock Café in St. Louis, MO.

Whiskey Dixon plays an average of 275 to 350 shows a year and are well versed in every aspect of the business and handles 95% of all bookings in house, we strive to book only the best venues for our demographic!