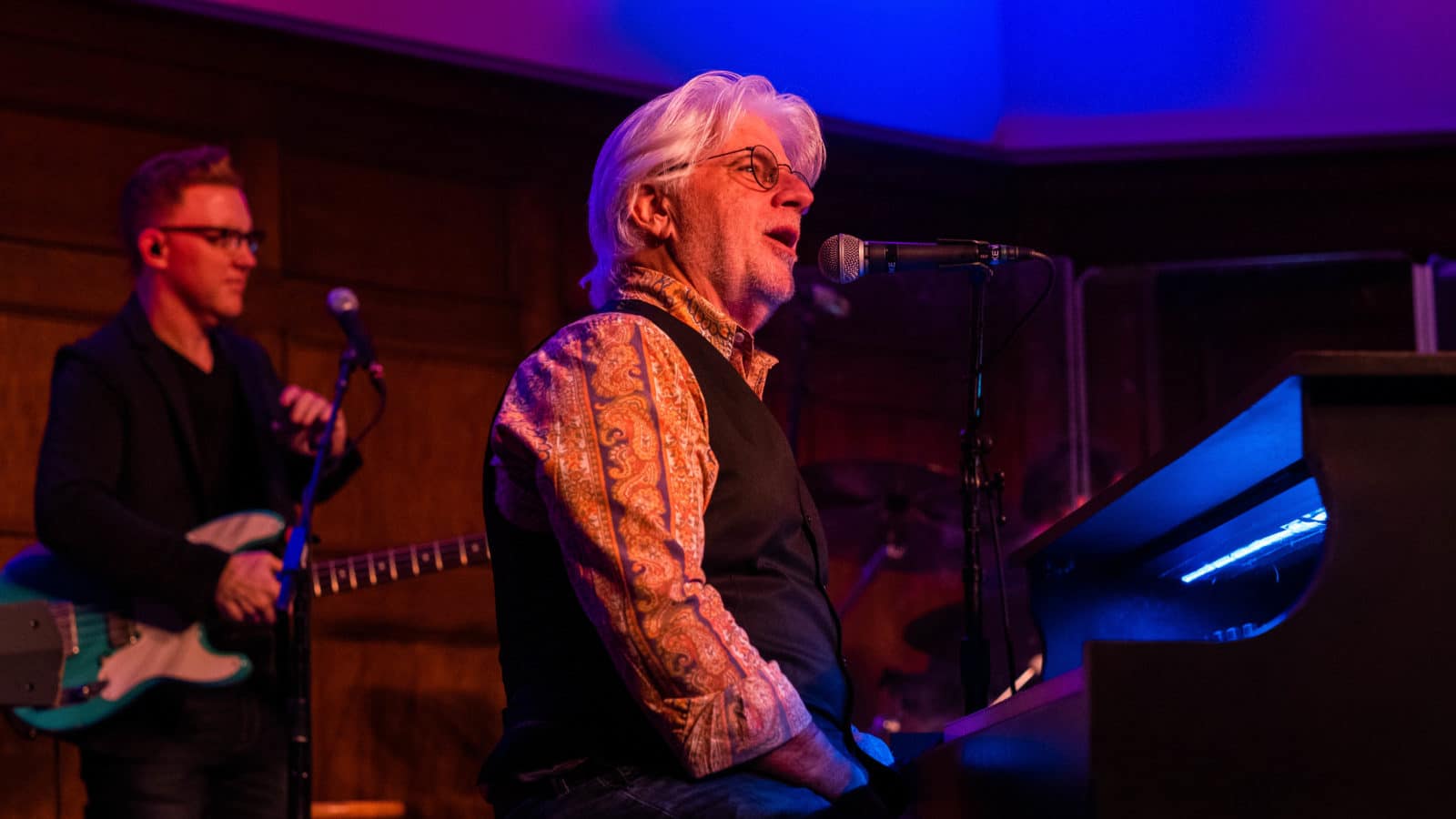 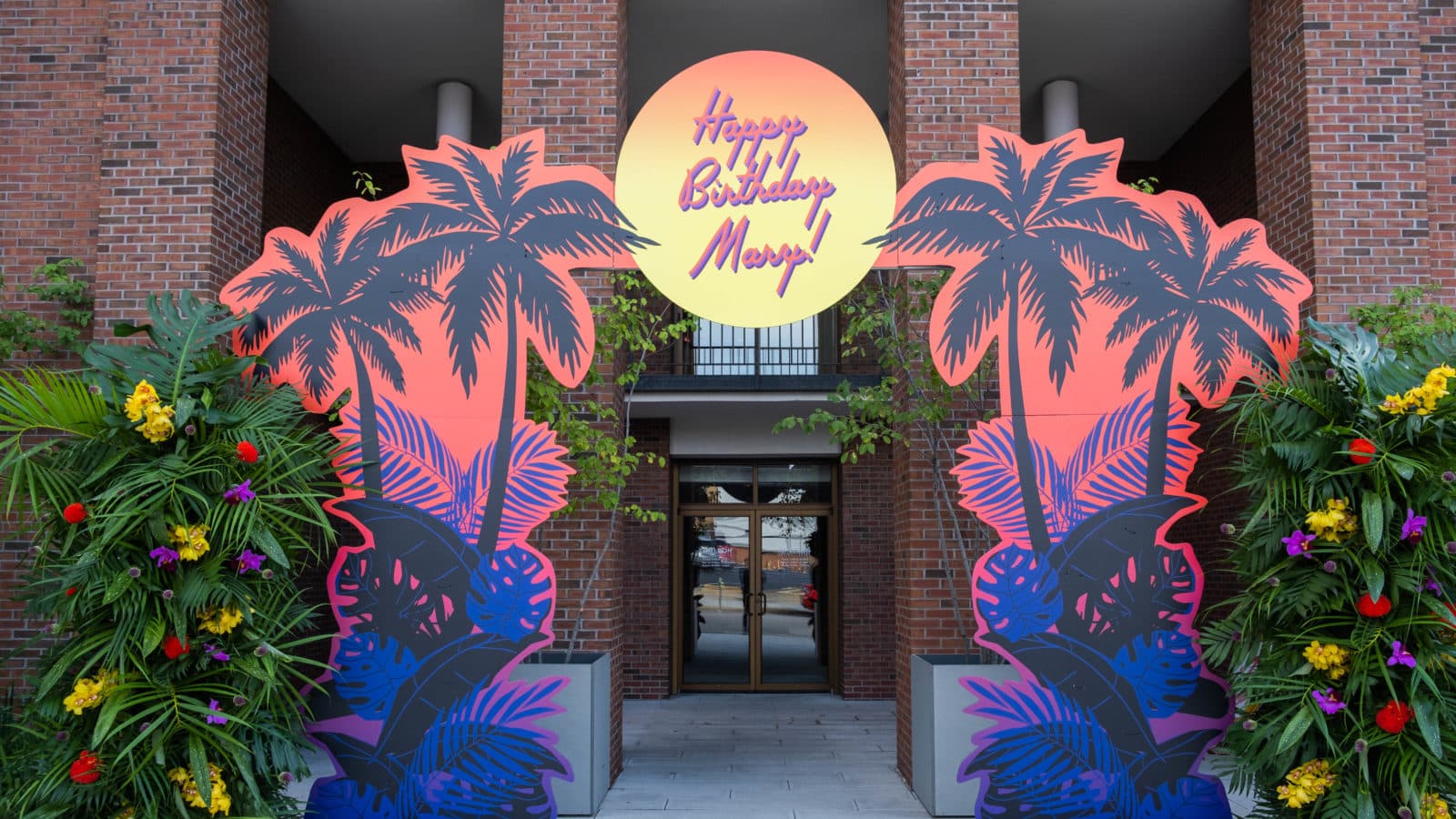 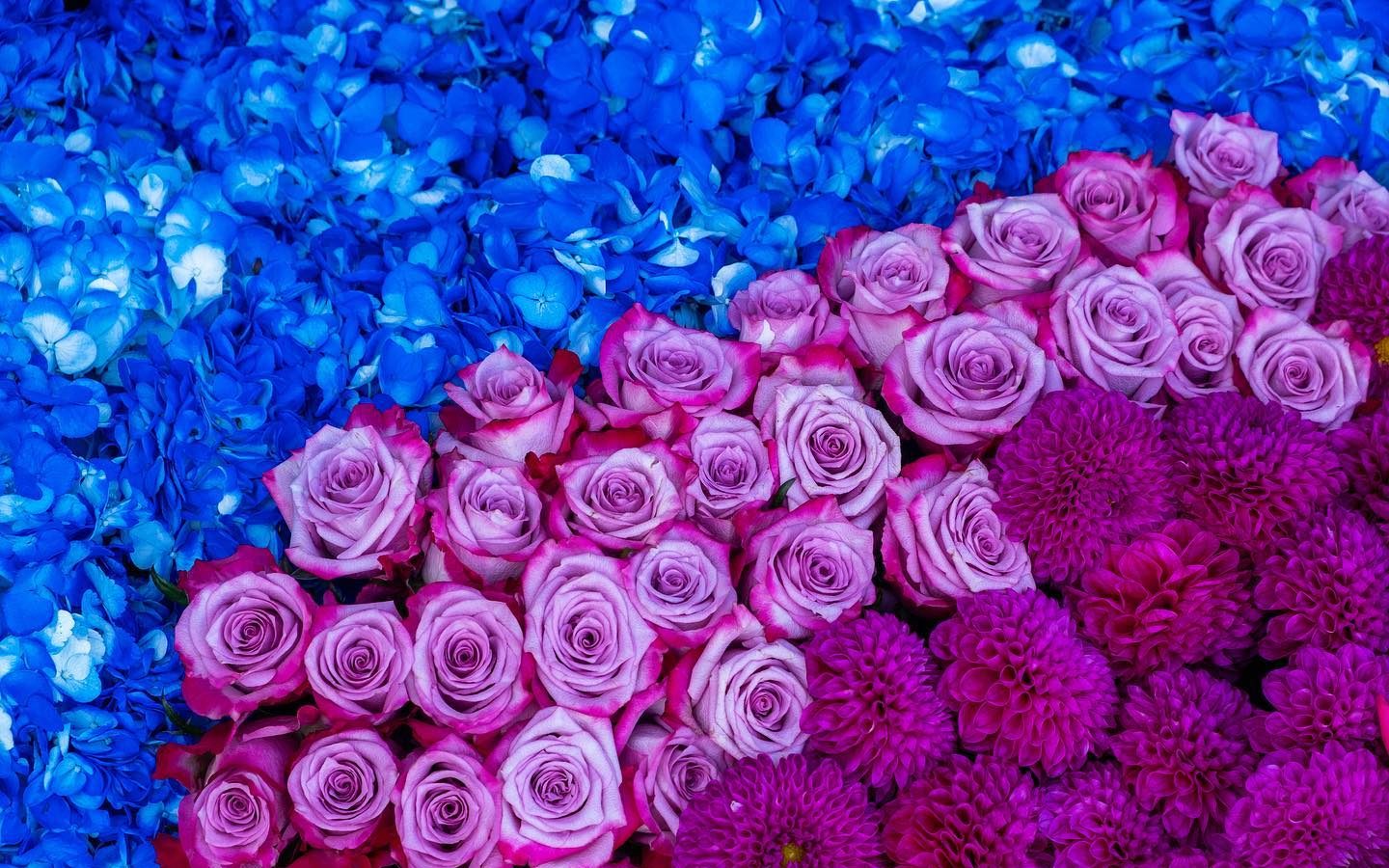 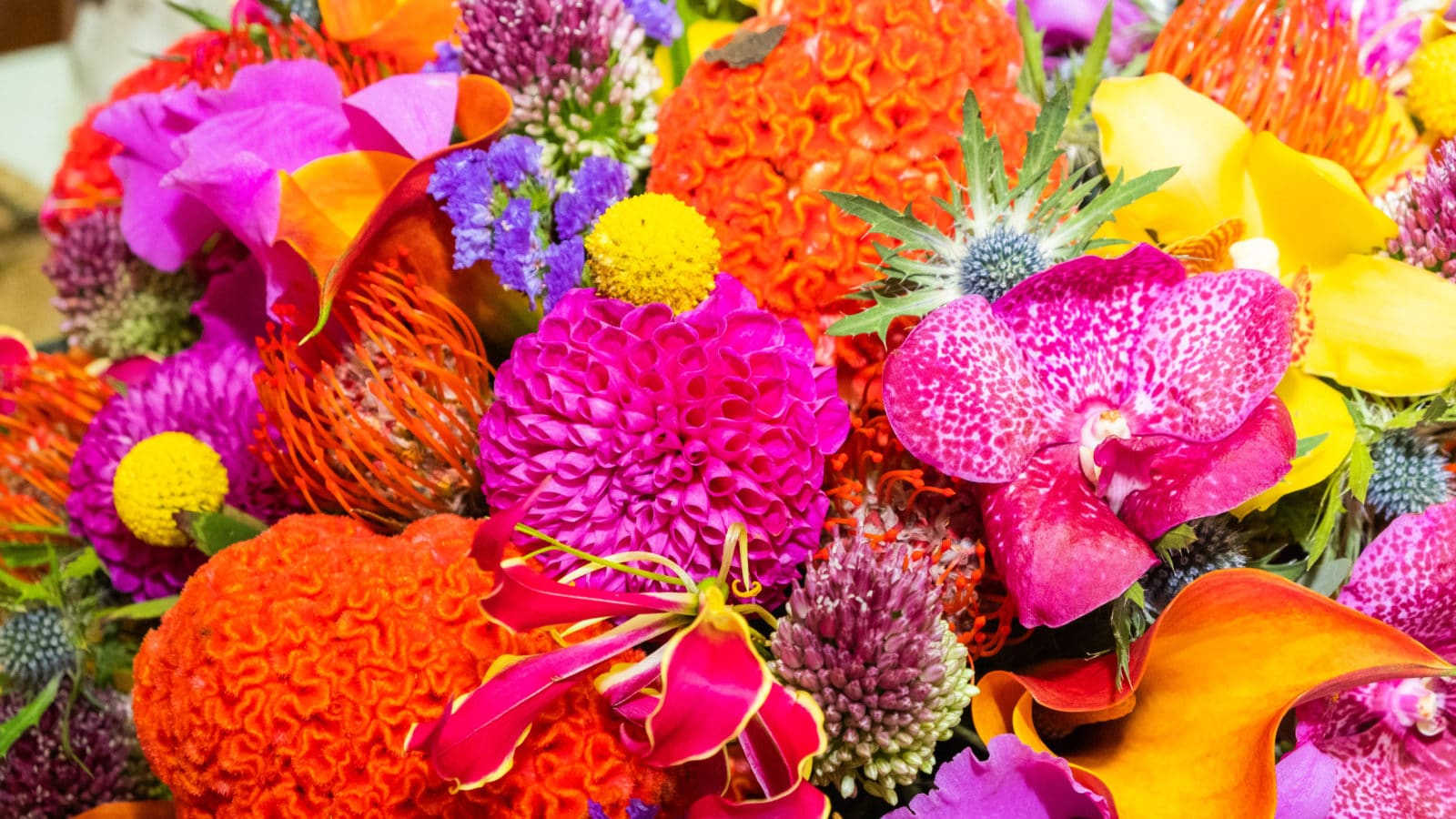 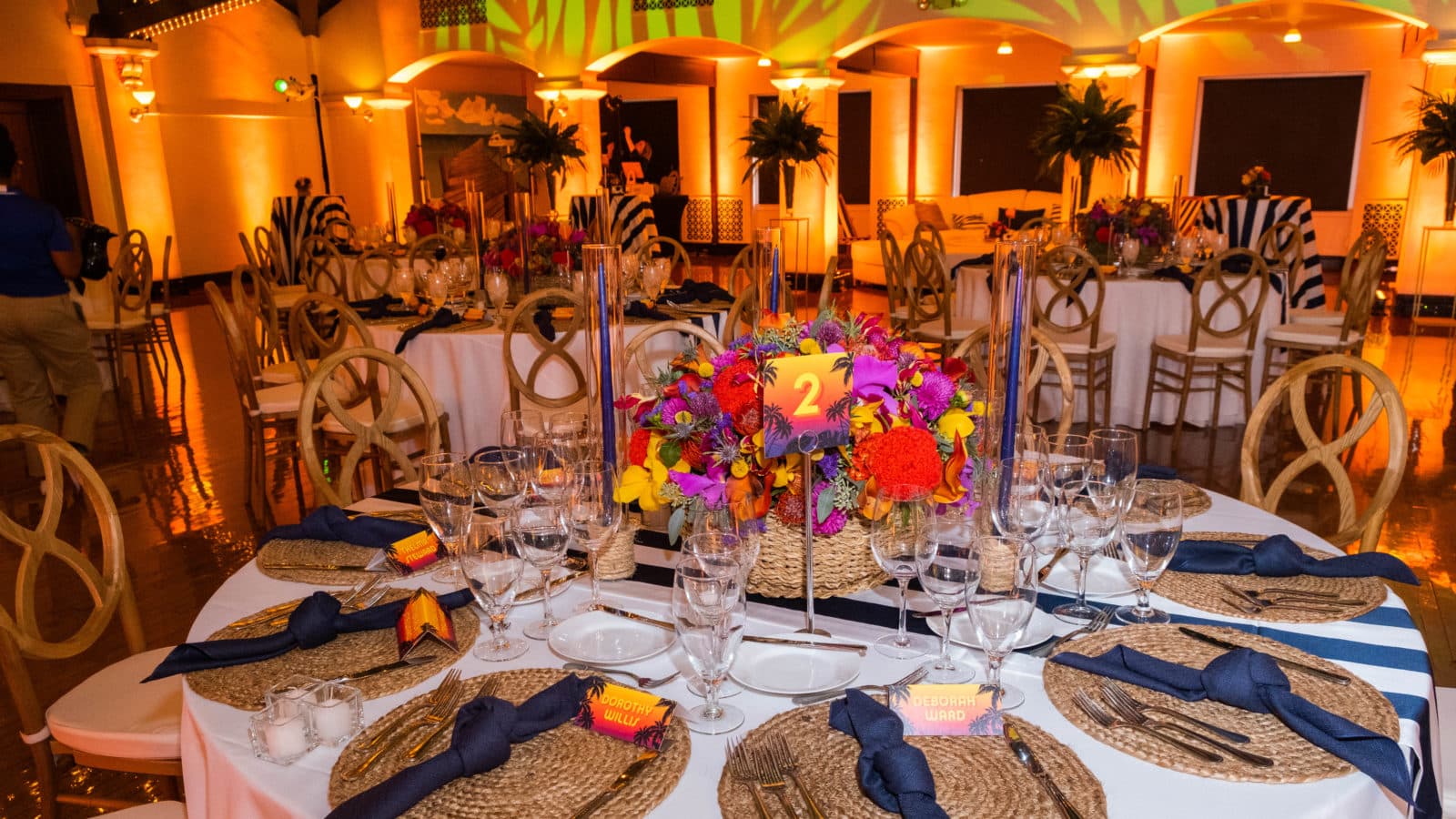 Tropical Centerpieces under a drop-ceiling of palm leaves. 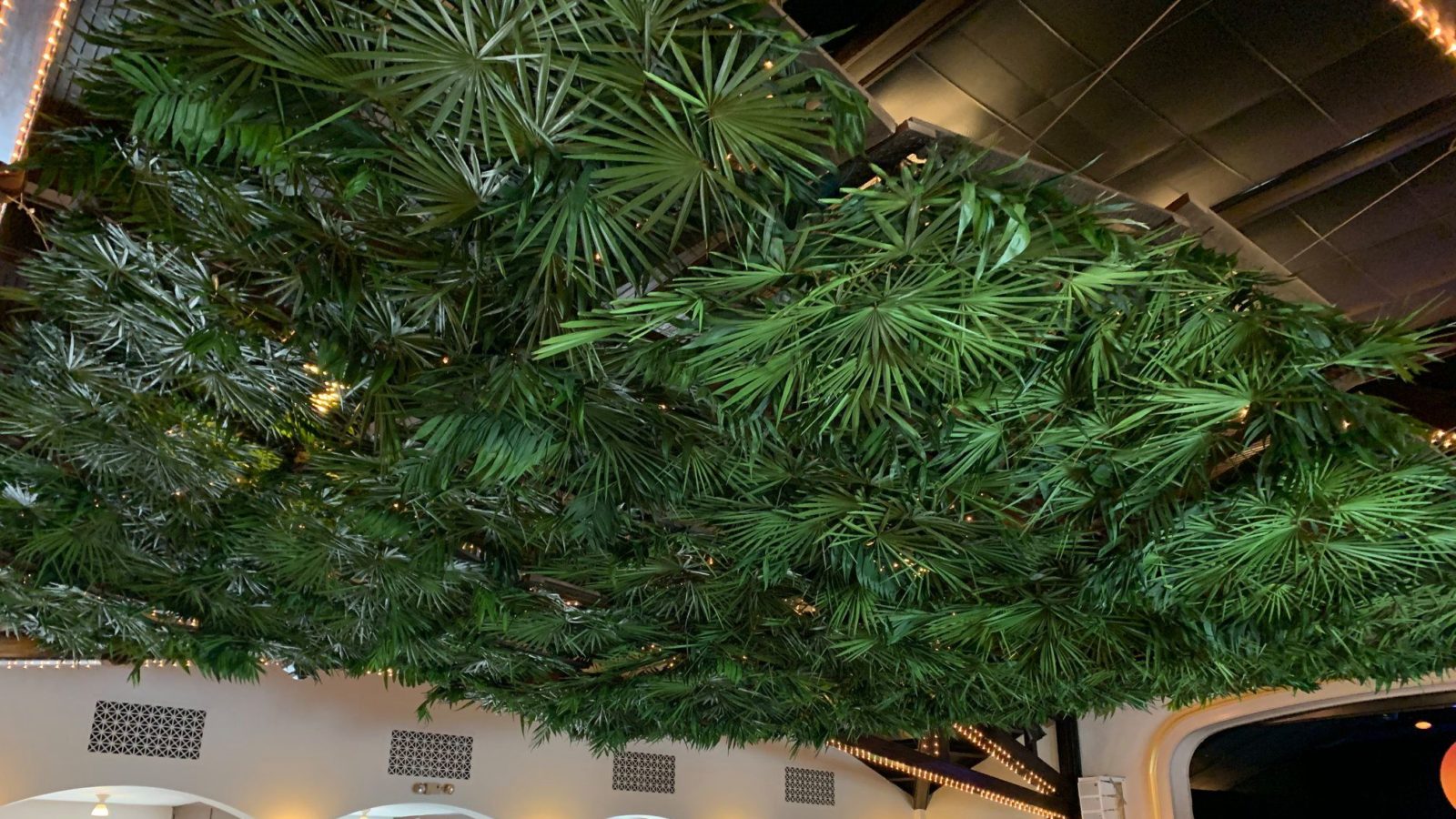 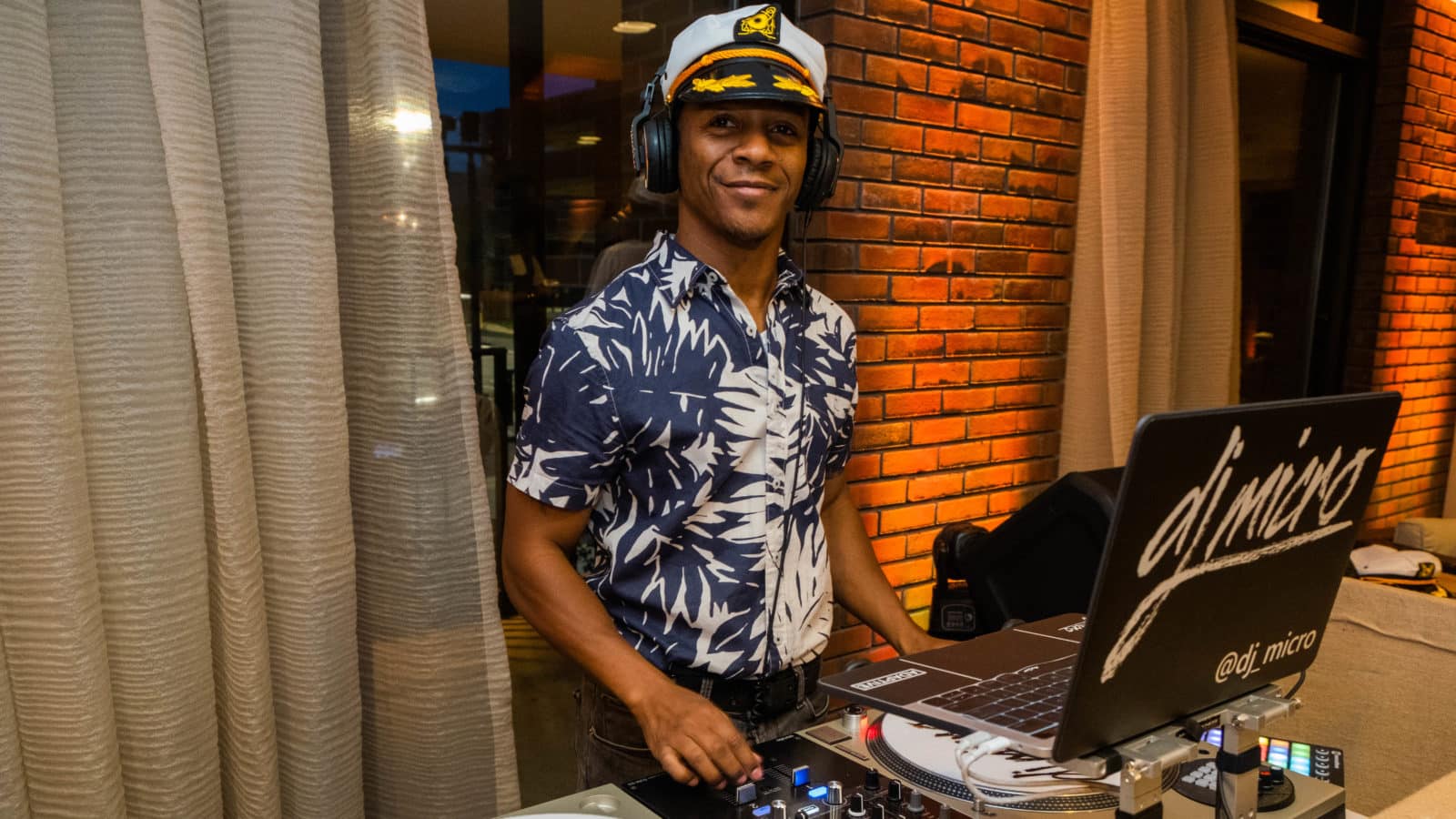 DJ Micro for the afterparty.

Sometimes a client comes to us wanting to throw an over-the-top surprise party but doesn’t have a concept quite in mind beyond spectacular entertainment in an immersive environment. For this one-of-a-kind birthday celebration we worked closely to covertly discover tastes and interests of the guest of honor without ruining the surprise!

In discovery we learned that she was an avid fan of the yacht rock genre and that Michael McDonald was one of her favorite artists. After working through various themes, we landed on branding the entire event as a tropical yacht party. The theme was fully integrated through custom décor pieces, photo ops, a massive palm installation on a temporary drop ceiling, themed greeters, gorgeous florals and of course, Michael McDonald himself! Support entertainment included DJ Micro and Brian Owens.

With flawless execution the guest of honor arrived without having the surprise spoiled and friends and family had an unforgettable evening! 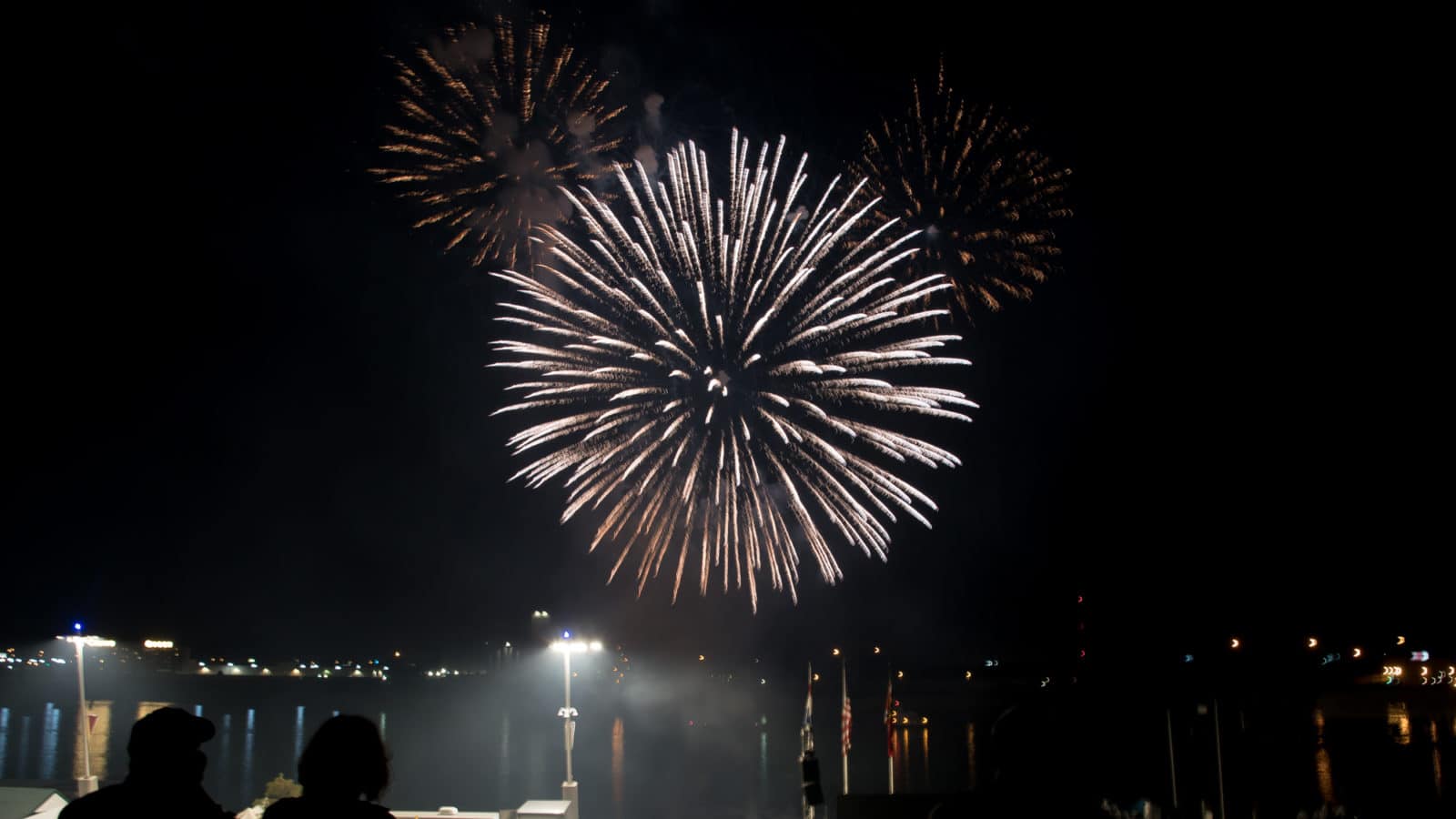 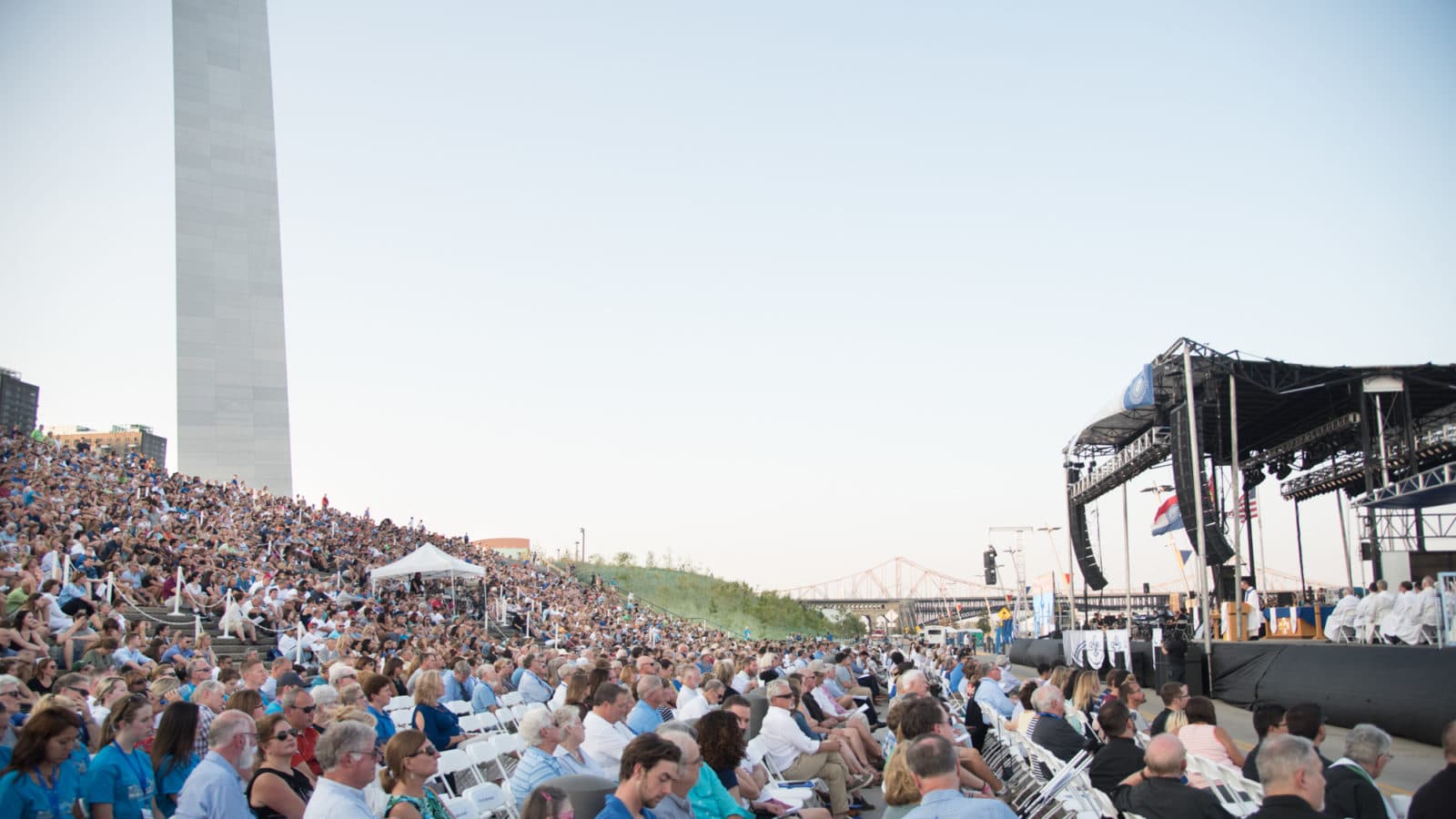 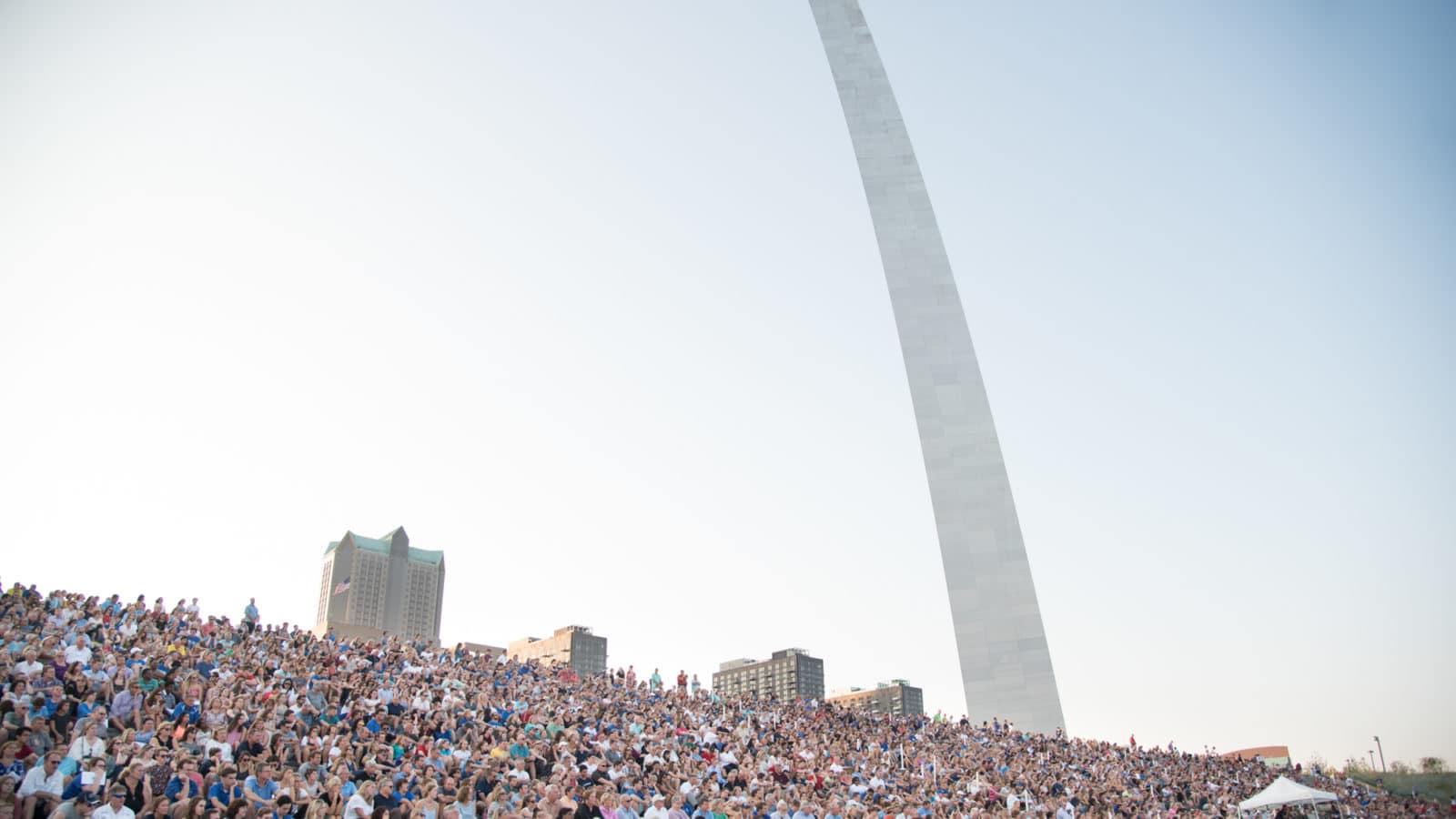 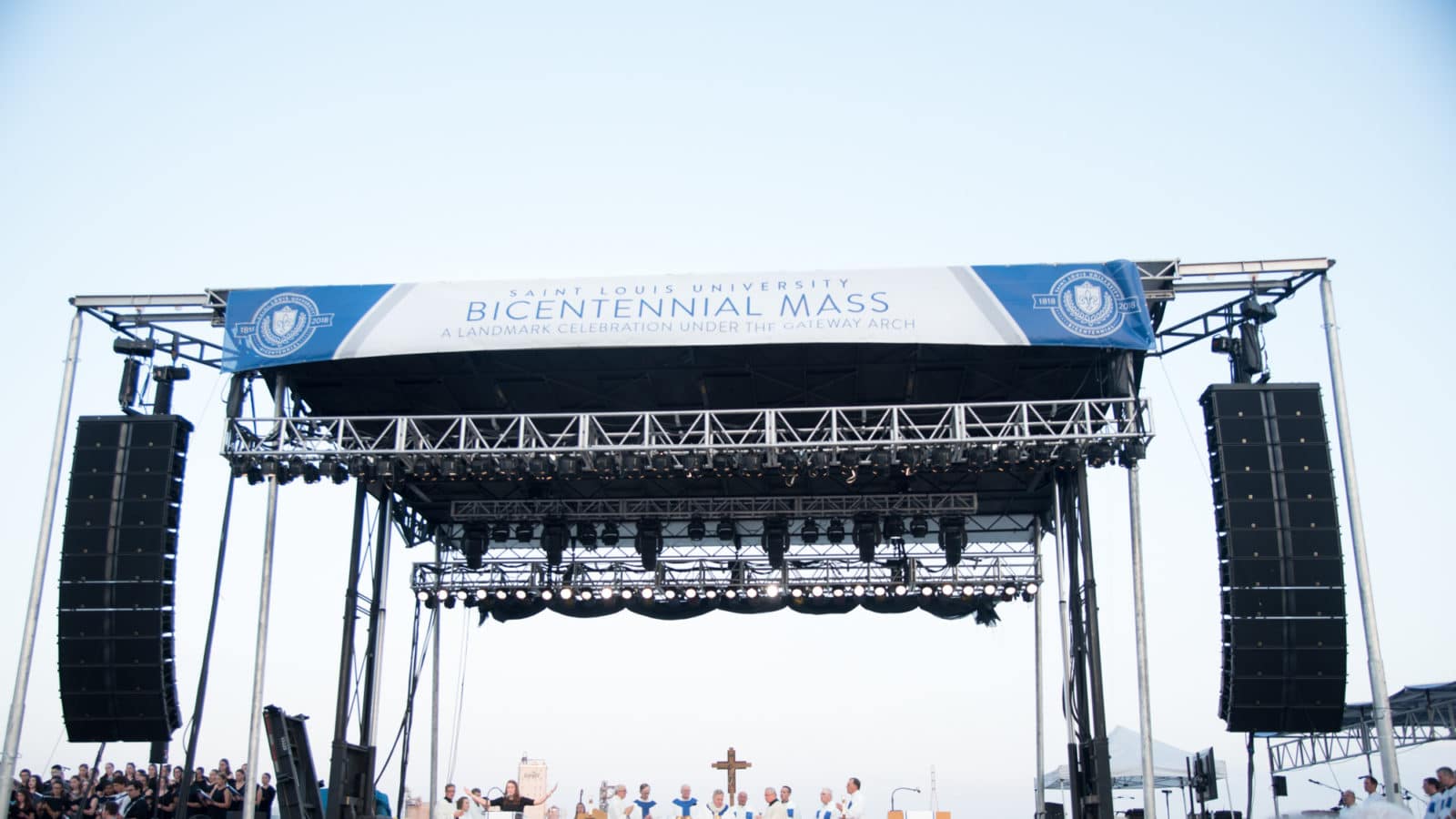 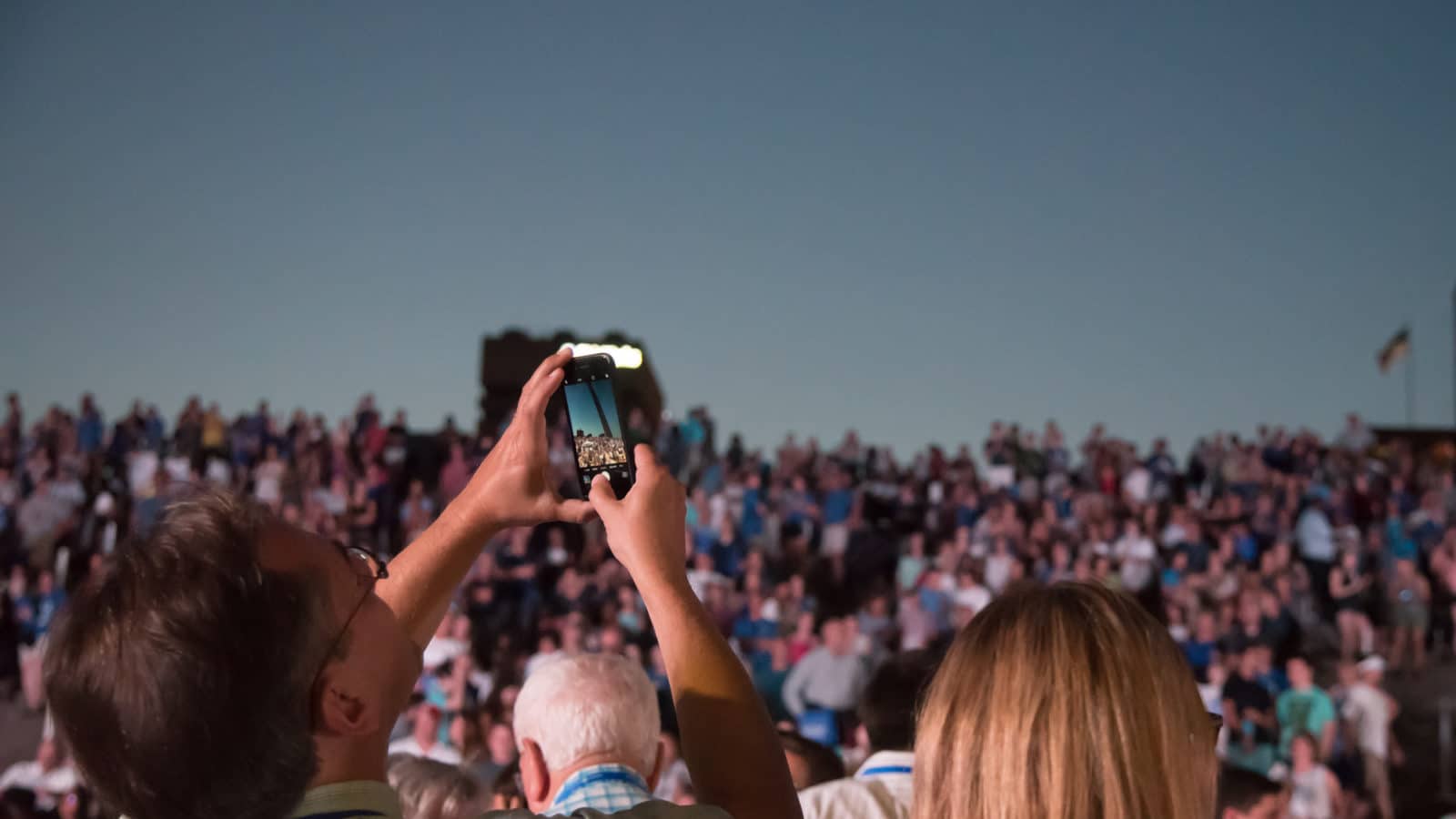 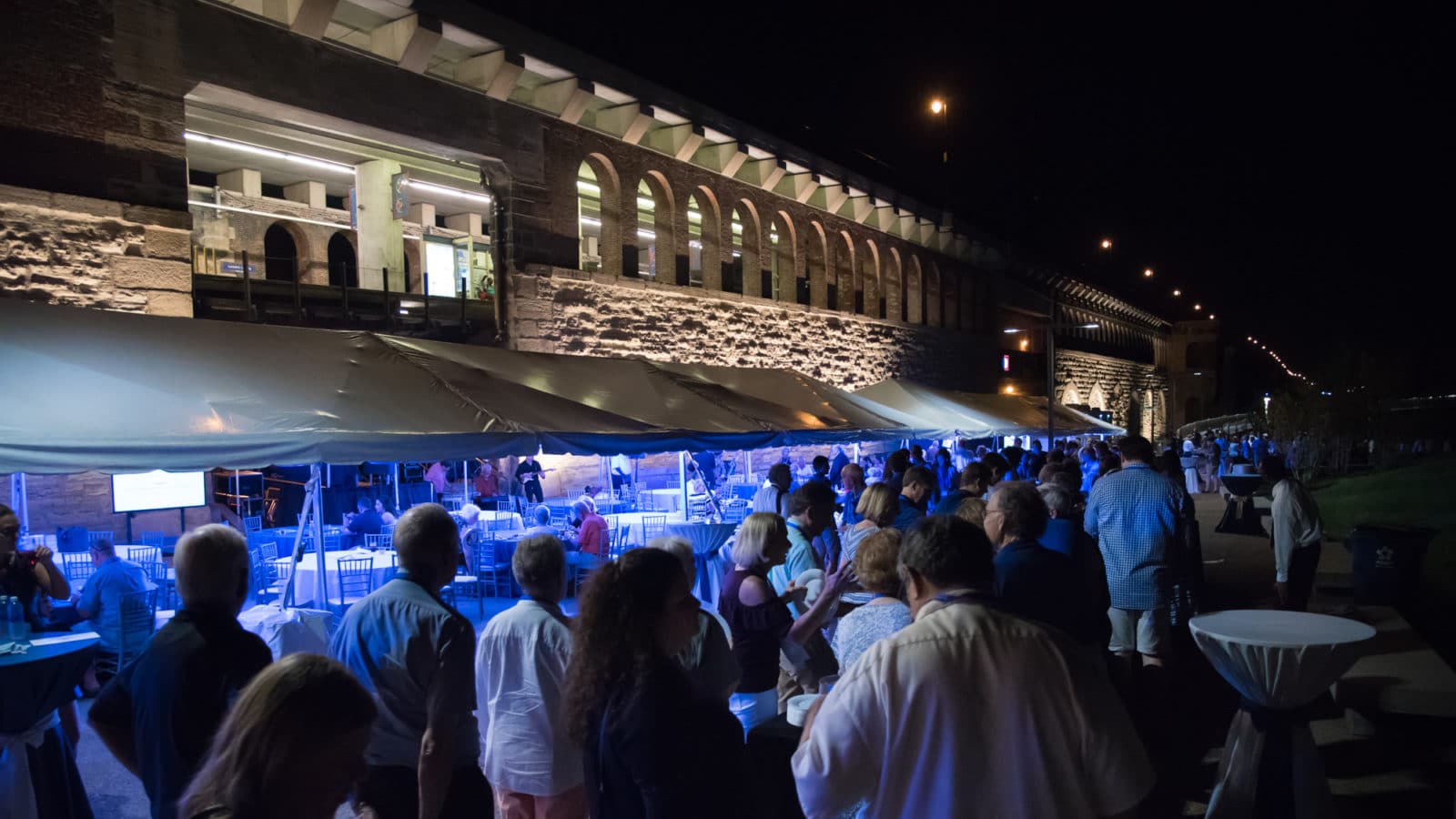 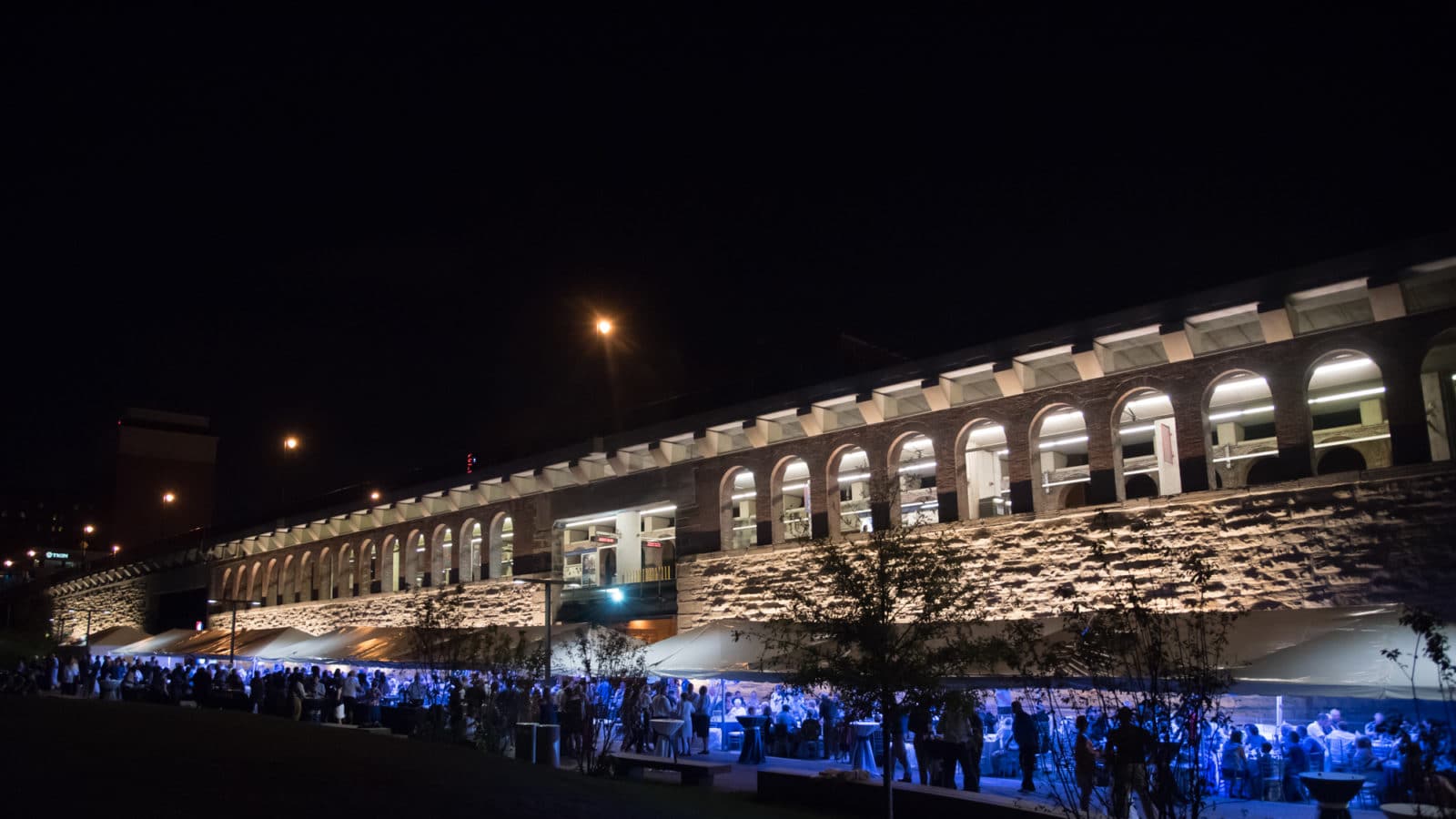 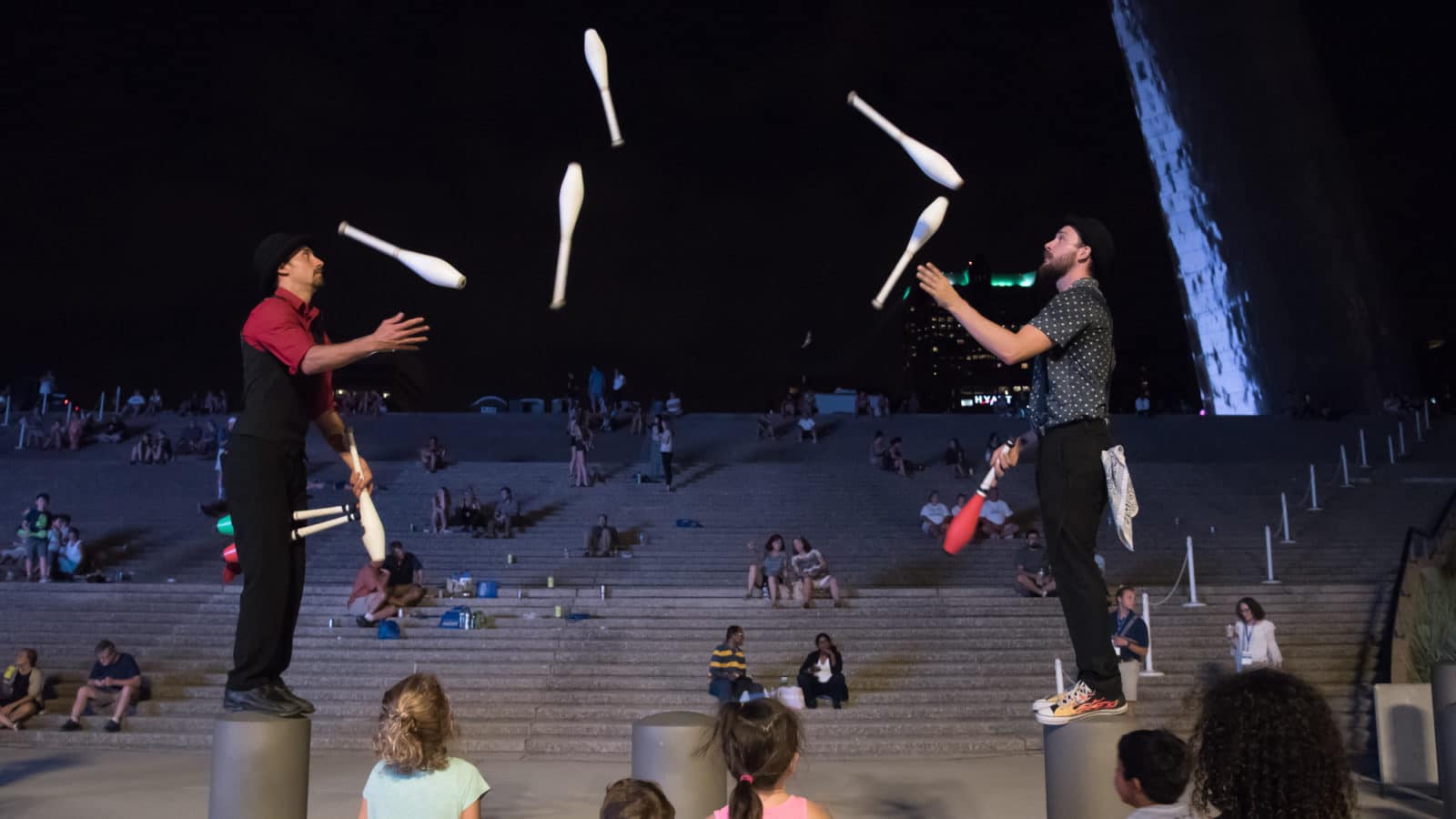 Celebrating 200 Years of Education and Service

Every birthday deserves a party — especially when it marks 200 years of education and service. Saint Louis University turned to our team at Contemporary to help commemorate this momentous occasion.

We managed activities big and small, from lectures and musical performances to the first mass underneath the St. Louis Gateway Arch – a setting that recalled SLU’s first location in a small home located on what is now the Arch grounds. Thousands of parents, faculty, alumni and members of the larger St. Louis community joined in the celebration, with special guests St. Louis Archbishop Robert J. Carlson and Principal Chief of Osage Nation Geoffrey Standing Bear in attendance.

One year later, Contemporary returned to SLU’s side, creating a finale for the bicentennial events . We organized a special event at the Chaifetz Arena featuring the St. Louis Symphony Orchestra, entitled “Happy Birthday to SLU.” The St. Louis Jesuits, Bob Dufford, S.J., John Foley, S.J., Tim Manion and Roc O’Connor, S.J., as well as the University Mastersingers joined the symphony in serenading the arena crowd. The night’s festivities ended with “Ite, inflammation Omnia,” an original work composed for the bicentennial.

Our team took the time to research SLU’s legacy and tailored the entire event to their community while creating an open atmosphere for the rest of the city to participate. We helped the community honor the history and legacy of SLU, sending them off to continue their impact on the leaders of tomorrow.